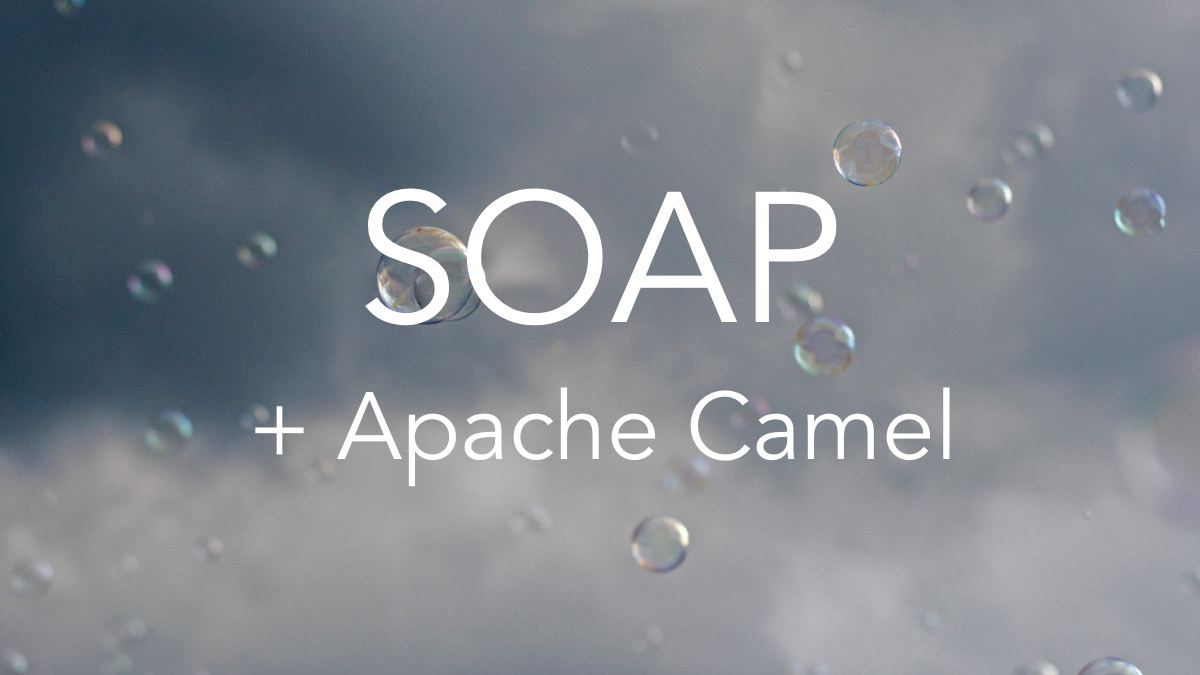 When was the last time you worked with a SOAP service? For me, it was actually yesterday.

SOAP has been around for a long time. You might think that it’s had its day, but it doesn’t seem to be disappearing yet.

I see SOAP services still in use at many companies. Some well-known enterprise apps still implement their API using SOAP (here’s looking at you, Workday! 👋).

But the problem with SOAP is that it is unbelievably complicated, and this complexity is unfortunately also reflected in the tools we use to work with them.

With that in mind, here’s a brief guide to invoking SOAP services in Camel, and the basics you need to know to get up and running.

Which component to use?

In Camel there are two main components you can use to work with SOAP services:

Since I want to invoke a SOAP service (at a SOAP endpoint), I’m going to use the CXF component in this article. So let’s go.

Apache CXF is a Java framework for working with web services. It primarily supports SOAP, but can also be used to access other types of services, such as REST and even CORBA.

You can download Apache CXF from the official web site. But, when you use CXF in Camel, you only need to pull in the Maven dependency below, and CXF will be downloaded as a transitive dependency to your project:

CXF can be a complicated beast; but that’s because it has to support a lot of the advanced features of SOAP. Also, the terminology can be really confusing for beginners.

The best thing I’ve learned about working with CXF, is to just start very simple. Get a simple example up and running, and then add all the bells and whistles.

Invoking a SOAP service in Camel

Like most things in Java, there’s lots of different ways to invoke a SOAP service in Camel. But when I’m doing it in my projects, I do these 3 things:

So here’s how to invoke a SOAP service from Camel using the CXF component:

If you’ve followed the steps above, your final Camel route should look something like this:

See a demo Camel route which invokes a SOAP service using a WSDL. Click on the button below to see a full example:

Got feedback about this article, or questions about working with SOAP services in Camel? Post them in the comments below! Cheers!

Photo by Letizia Bordoni on Unsplash.

Liked this article? Here's what to read next

How to use Maven with Apache Camel
Creating, compiling and running Apache Camel apps with Maven and the Camel Maven Plugin

View more of my articles →